A possible solution for cable speedometers

Option 2: Swap the Camaro tail housing with a pulse style S10 tail housing so you can keep the bench seat.  You will no longer have a place to connect your speedometer cable so you'll have to figure out another way to measure your speed.  GPS maybe?

Option 3: I cannot take any credit for the solution given below.  I am very impressed with the creativeness of the person who came up with this modification.  I think it can still be improved upon depending on the application.
The basic idea is to build another shifter box and graft it into the Camaro tail housing.  It will end up very close to the S10 shifter box location.  These photos show a shifter box that is further back than the S10 position.  It could be moved to the S10 shift position if that is where you want it.
Here's a photo showing someone else's modification of a Camaro T5.  Notice that they used the original Camaro tail housing and grafted in a fabricated shifter box and shifter handle. 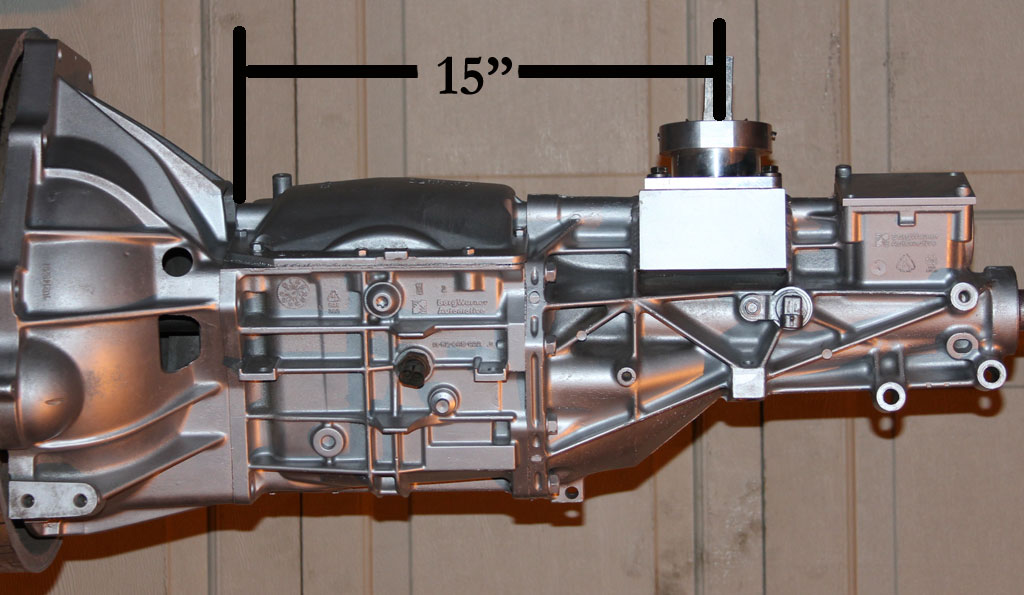 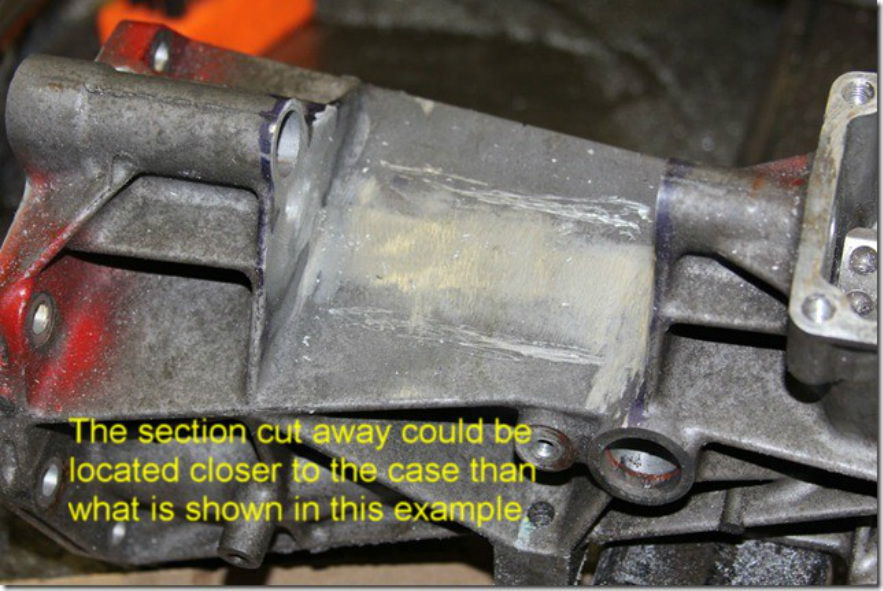 Here's the same Camaro tail housing with the shift linkage rod back in place. 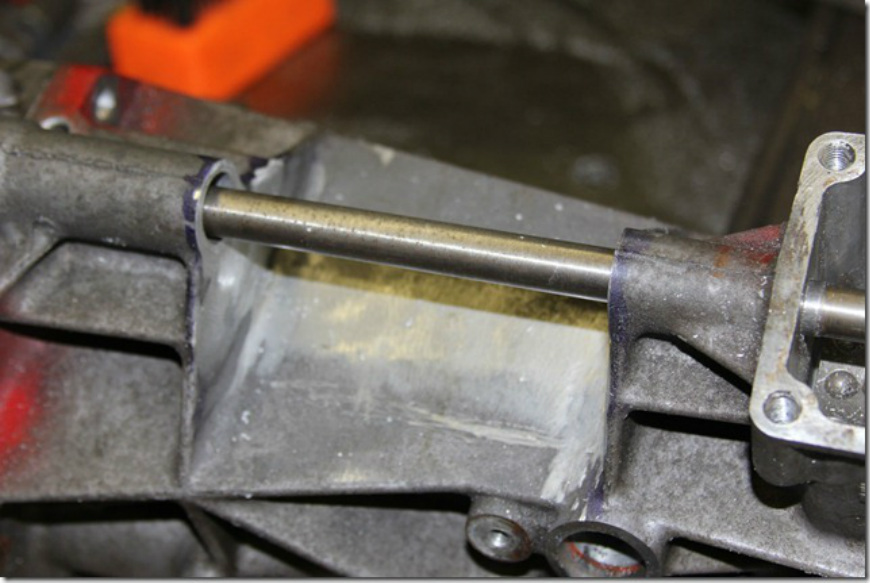 Next, you need to create a new shifter connection that will exactly duplicate the original linkage movements.  The photo below shows a newly fabricated offset lever that requires removing a short section of the shifter rod and reconnecting it on each end of the new offset lever. 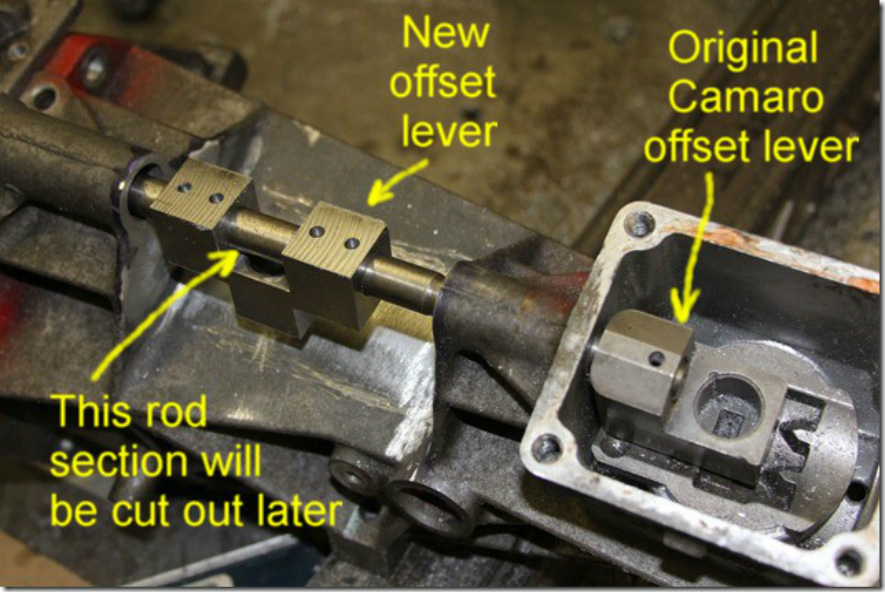 SUGGESTION: Here's how I might construct a new offset lever.  I'd join 2 original Borg Warner offset levers.  Just cut away the areas shaded in yellow so the toe of one will overlap the toe of the other with the hole aligned down the middle.  I think it would be stronger.  They could be joined with roll pins.

A solid aluminum block is milled out to create a new shifter box.  With this setup, it will be the rear shift box, offset lever and shift pattern detent plate that will guide each gear shift just like it did from the factory.  Thus, the newly fabricated box does NOT need a shift detent plate.  That's brilliant! 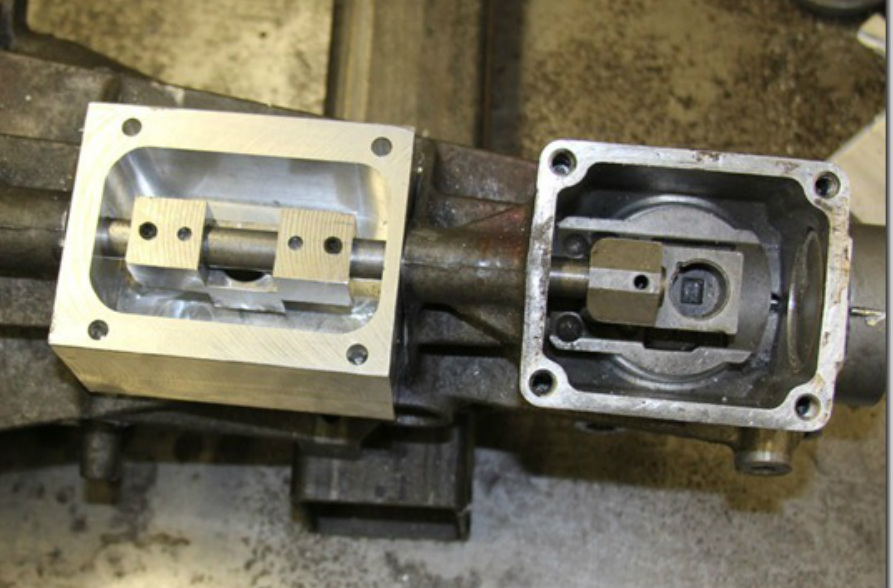 Make a few trial shifts to make sure there is no jamming or interference inside the new shift box.  If everything checks out OK, secure the new offset lever on each end with roll pins and aluminum weld or epoxy the new shifter box into place.  Then cut away the rod above the hole in the offset lever.  The rod length will be exactly the same as it was from the factory. 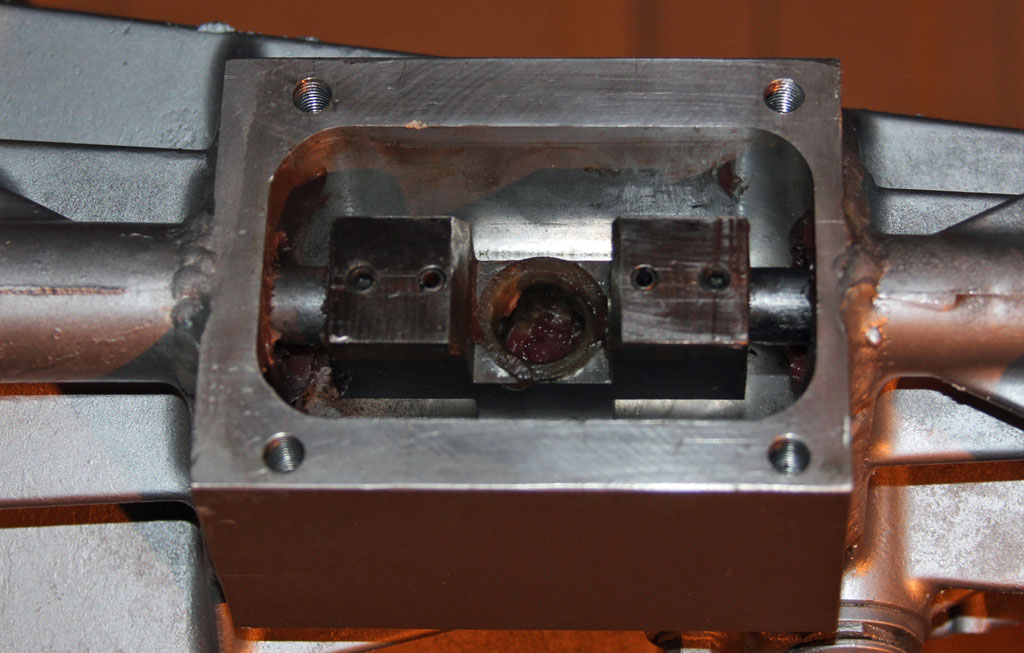 You may have noticed that the new shifter box in these photos is tilted at a different angle than the factory box.  The guy who developed this modification did this on purpose to change the angle that the shifter came up through the floor of his car to suit his needs.  However, the new shifter box does NOT need to be installed in a tilted position. 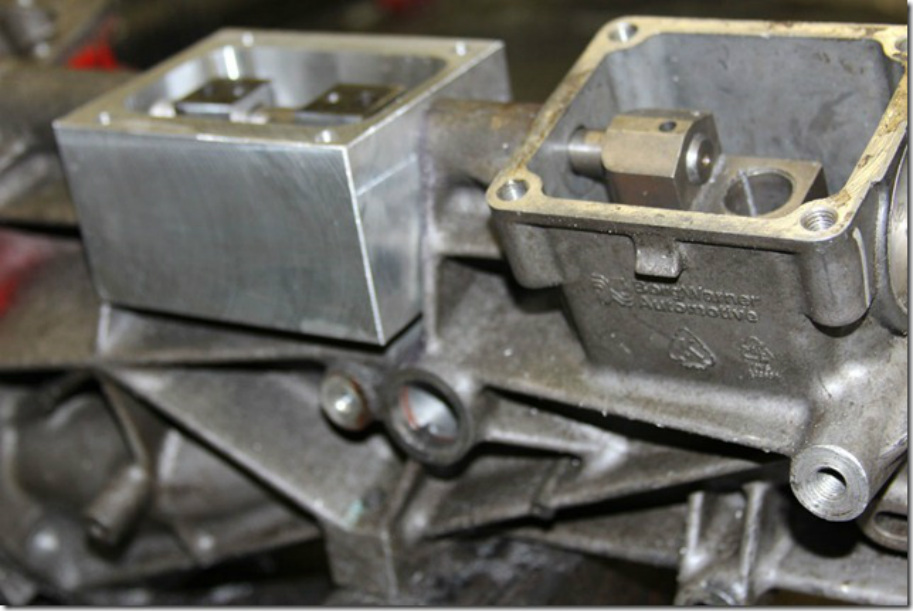 A short throw style shifter has been installed (owner's choice).  Next a cover plate will seal the rear box.  The example below has the new shifter box further back than the S10 position.  I see no reason why the same modification couldn't be done a few inches more forward (in the S10 position). 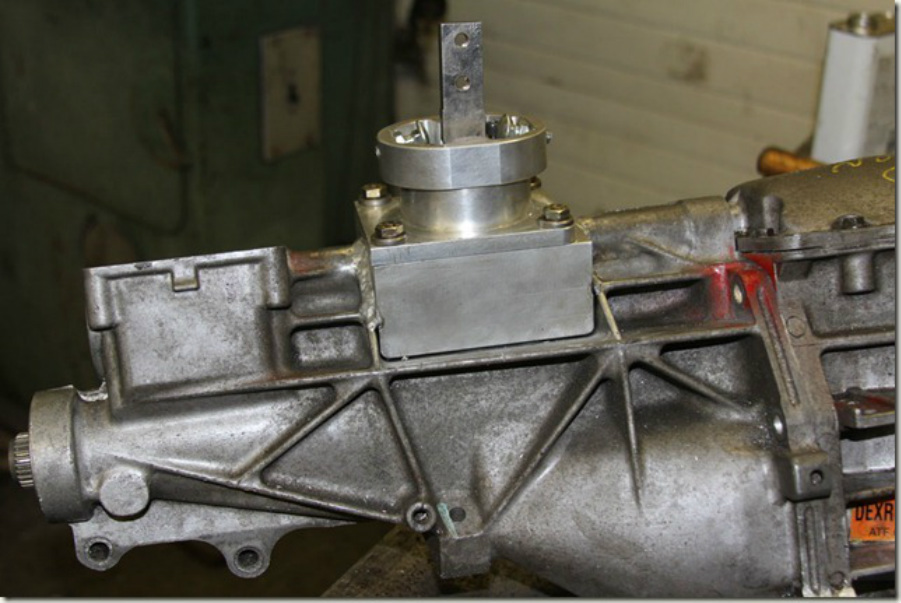